Whitlow-grass is not a grass at all; it is a small plant with tiny white flowers, in the mustard family.   And it is not named after some botanist who discovered it – it was thought to cure a whitlow, which is a word (that goes back to the 14th century!) for a deep inflammation on a finger or toe.   As the plant only blooms from February to May, and its flowers are only a quarter inch across, you may have a hard time spotting it if you need it for it for its healing abilities, so I guess you should be extra careful with your fingers and toes during the rest of the year. 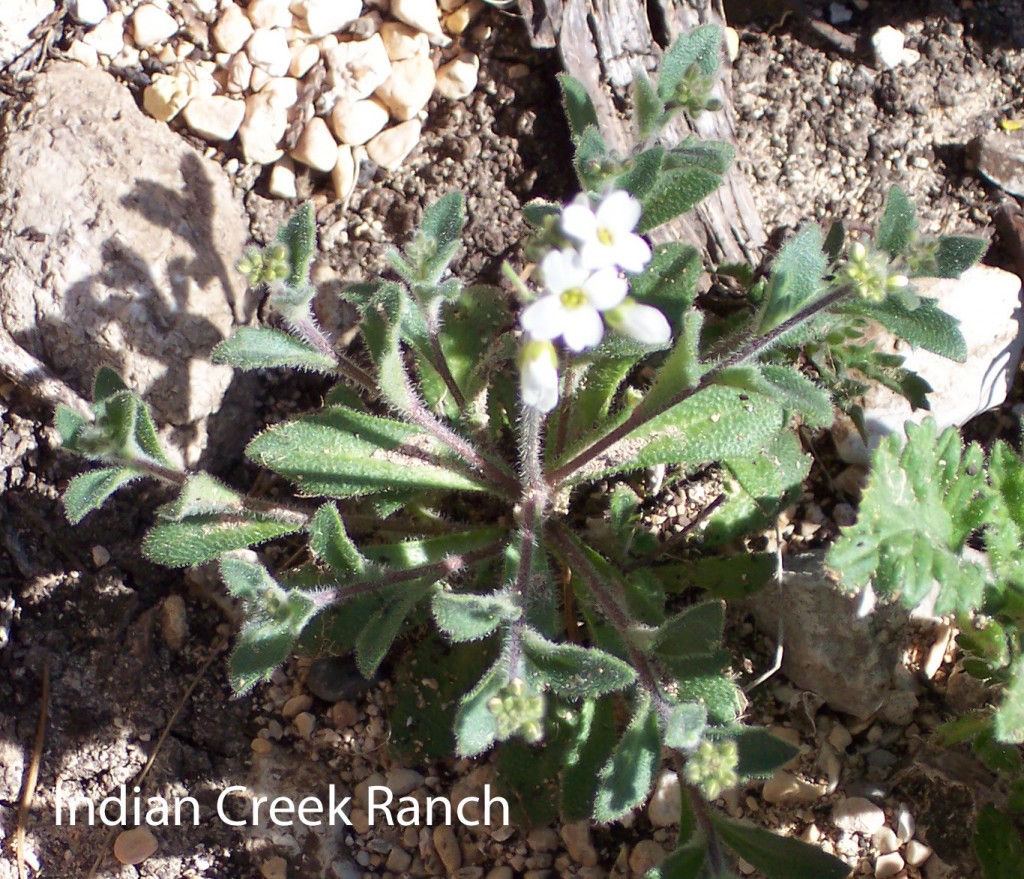 It is in the Draba genus which has many species in it.  The USDA Plant Database shows about 130 species, but they only have pictures for about 33 of those!  Based on my research, I believe the one we have is Draba cuneifolia.  Another common name for it is wedgeleaf draba.

According to the Southwest Desert Flora website, it is common in Arizona, but in the East it is on several states’ lists of threatened or endangered plants.

Wildflower Center page for Draba cuneifolia.  This picture was taken near Rockwall and looks just like the one we have growing on the ranch.

USDA page for Draba cuneifolia.  You can see the characteristic hairs on the leaves if you click to enlarge the pictures.

Here are some samples from the Digital Herbarium, if you would like to compare one of your plants with a preserved specimen.